As with any nonprofit oversight body, the function of the Board is to set policy and direction for the organization which are consistent with federal, state, and local laws, and to see that these policies are implemented and that all legal responsibilities are met.

All actions taken by the Board should align with FirePony Creative Society’s Vision and Mission Statement, which can be found here.

All official Board documents, including Annual Reports, Incorporation Filings and Bylaws and be found here.

Meeting minutes, and Retreat reports can be found here.

The FirePony Creative Society Board of Directors: 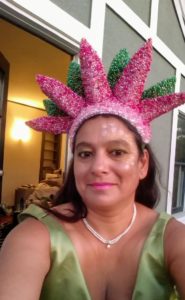 More about Ursula: In 2011, she moved back East from San Francisco to her hometown of Dover, Delaware. In the Spring of 2012 she attended her first Playa del Fuego with her 1 year old baby burner in tow. Since that point she has attended all but one Playa Del Fuego burns. She’s attended a number of other Regionals and made it back to the Black Rock City mothership a few times. She received a few PDF art grants, served on the PDF art grant committee and served as art grant co-coordinator. She also is a founding member of BALLS Camp, where Ball Gowns will be worn, Balls will be played with and/or dodged, and Principles will be upheld.

In the default world, she retired a few years back after working corporate engineering software gigs for 20 years. Before that, she did a short stint working offshore in the Gulf of Mexico testing oil wells as a wireline engineer. She has degrees in mechanical engineering and material science. While she hasn’t directly used those degrees in a long time, she does still like to tinker and make stuff. Most recently, she’s been making laser cut lantern cubes.

Also, she has a cat. And is building out her camper-van.

She’s happy to wax philosophical over why she loves the FirePony community and why she is willing to spend time supporting FirePony events and activities. And she will likely encourage you to do the same. You’ve been warned. 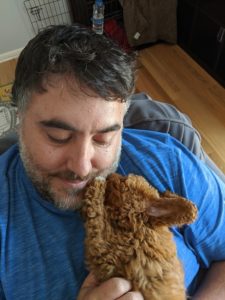 Miles is currently serving as the Treasurer of FPCS, putting his default-world Finance and Accounting expertise towards FPCS budgets, payments, taxes, and contracts. He has been burning for 10 years now, and he considers PDF his Home Burn. Prior to Joining the FPCS Board, Miles was a coordinator for City Planning/Placement for 5 years. Miles was integral to PDF’s transition out of the Swamps of Sorrow, and into the Shale Hills of Drainage and Opportunity! You have probably seen him driving around this new location on a Thursday, mowing the lawn. Miles is passionate about organic gardening and using it to support food security, food justice, environmental regeneration, and community. Between his home garden and the community garden he heads up at his workplace, Miles donates thousands of pounds of fresh organic produce across Chester County, PA each growing season. Miles also enjoys live music, and his favorite band is The Disco Biscuits. He lives with his lovely and patient wife and new puppy. While you may have heard recent controversy about the pup amid claims he is “too cute to be real,” Miles dismisses these claims and implores the public “don’t believe everything you hear on the Playa!” 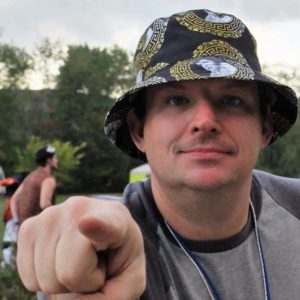 Karnak joined the board right about the time his nomination went through. Born under the sign of “Private Drive”, he has tirelessly worked hard with other promoting the joys of hard work. He was very influential in bringing cardboard products to the ice cream industry. When he is not at home, he can be found outside, on a bike. He first started burning in nineteen ninety eight when the undertaker threw mankind off hеll in a cell, and plummeted sixteen feet through an announcer’s table. 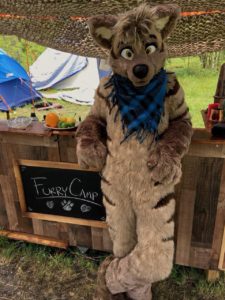 After attending his first Playa Del Fuego in 2007, Christopher has wanted nothing more than to help support the event in hopes that it could ignite the same fires in people’s hearts that it lit in his own. He was voted onto the Board of Directors in November of 2018 and currently heads the Technology Committee.

Christopher (aka “m4”) lives in California with his partner in a tiny apartment outside San Francisco and enjoys spending his weekends rock climbing, backpacking, and bartending at parties for folx who dress up in animal costumes. He’s a hyena, FYI. 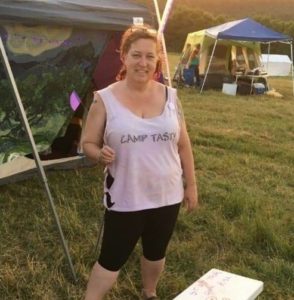 Smiles lost her burn virginity at PDF Spring 2011, after learning that regionals exist and that one existed in her home state of Delaware. She has been a loyal backfielder ever since. Throughout the years, Smiles has served the community in many ways, including TCO for Camp Tasty, Art Grant Winner for Pigment of the Imagination, Parking Coordinator, Volunteer Coordinator, Communications Coordinator, and now Board Member, where she spearheaded the amazing team that created VDF, held in Memorial Day weekend 2020. Smiles has a natural talent for driving golf carts through mud and wrangling virgins to work parking on Friday night.

Below, some excerpts of Dave’s thoughts from his BOD application:

“I’m excited about furthering my exploration of just what Playa del Fuego and Constellation means to me. I have more experience in the National Program than the Regional, but I believe the real future of the success or the Burningman Project is in the hands of the Regional events.”

“I’ve tried and enjoyed both PDF and Constellation. PDF with wife and now grown daughter and her fiancé (a blast). For Constellation, I attempted my solo voyage, but was thwarted when I arrived to find 799 friends there.”

“PDF and Constellation have the unique ability to grow large enough to have the best of both worlds. Big enough to be really cool, yet small enough to keep the intimacy. Located within a few hour’s drive from maybe a fifth of the US population, and accessible by several airports, our region has wide breadth across which to share the Burningman Project to many, sharing fellowship and creativity across diverse peoples while practicing radical inclusion and civic responsibility in an enlightened and joyful way that impacts lives far beyond the playa.” 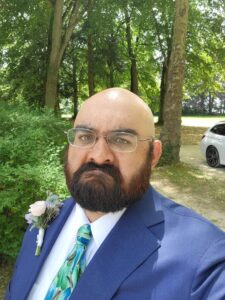 Whatever has been burning for a decade, coordinating Lamplighters at the FirePony burns for the past five years, and working odd volunteer shifts with other departments in both BRC and at our local burns when the mood strikes him. He loves lamp, but is looking forward to taking on some less lamp-centric tasks in support of Constellation and PDF 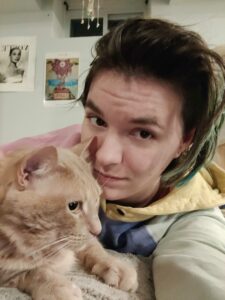 Non binary, queer, and activist. They’ve been volunteering with PDF and Constellation since 2019 as a Gate co-coordinator. 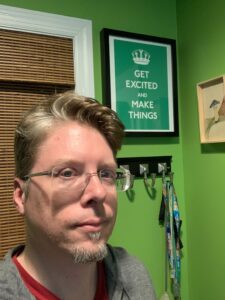 Wax has been burning since 2011 and loves dragging his big, strange LED creations to the playa. He served as Rangers Lead for the last two PDFs. He is looking forward to further supporting FirePony Rangers from the board level as well as helping to improve the technology we use to plan and run burns. 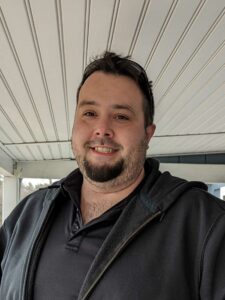 Bucky is currently the PDF City Planning coordinator and looks forward to bringing his experience and skillset to the board to assist in order to make FirePony events even better! 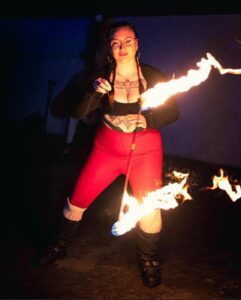 Kelly joined the regional Burning Man community with Playa del Fuego being her first burn in the fall of 2015. Since then, she has been to multiple regionals in the area, made it out to the desert, and volunteered with most of the departments including becoming a Black Rock Ranger in 2022. She is also a fire spinner and has performed with Burning Man Fire Conclave. Having served on the board of trustees for another community, she is excited to bring her skills, knowledge, and support to the regional Burning Man community. She currently resides in Philadelphia, PA where she hopes to spearhead more community events there. 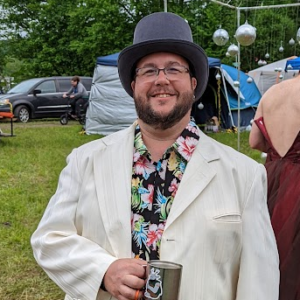 Hatter attended his first PDF in 2006 and has only missed 2 since. After a couple years volunteering in various roles, Hatter found a place at the gate, which at the time was ticketing, parking and greeting. After a few years he transitioned to website and communications. Hatter is excited to be a part of the BOD and to be able to contribute to the Org as a whole instead of just PDF.

BOARD RESPONSIBILITIES AND EXPECTATIONS

FirePony Creative Society board members, like all of our event coordinators, producers, and artists, are volunteers.

Serving on the FPCS Board of Directors is both a serious responsibility and a unique opportunity for personal and professional development. And believe it or not, it can be a lot of fun!

We expect FPCS board members to agree to meet the following expectations: